This page can be used chat about anything Dan-Ball related! Anything, really. Especially if you don't appear in the chat as often as anyone would expect almost as big as me</rwj>*skewered*

Just remember that this page has talk page standards, so if you didn't put your signature (~~~~), you will be regarded as a "Ghost" until you do. We don't take ghosts lightly, because WHO YOU GONNA CALL? Exactly. Now then..

DMS: I just re-named Poisonshot into Poisonshit. Hell, we woulda kept it that way if it didn't delete his everything and whatnot. Yeeah. F/cking hilarious. Ludicrine's reaction was "Oh gog did we really just do that." ZoshiX was actually amused, but, yeah, it deleted his everything, so we renamed him. God, I'm still laughing.

Gamelover: Dammit, how is that funny? All you did was torment an user.

DMS: I tormented an idiot. Who freaking deserves it. Hell, we might just be able to do it if ZX can copy-paste Poisonshot's info onto the new page. Oh my gog if that can happen... HAHAHA!!!

ZX: Hey, if you REALLY think that would be funny, do it yourself. If you screw it up its on your head.

Caagr98: I actually think it would be fun.

Waddle D33: Well, I deleted the renamed pages after they were redirected back to the original ones... Urg, if they find out...

Gamelover: Tormenting users. Isn't that so abuse of admin rights? No offense, but that isn't funny.

Waddle D33: I had no part in this though! I only deleted the evidence/redirects. Urgh, I can only imagine what they would be like if they found out.

0176: Poisonshot: WTF you did to me. Me not Poisonshit. I going to show this to Wikia Staff.
I think that will happen, like here.

Waddle D33: Woah, that page got twice as big since last time I saw it... o.o Yet there's been no staff interference yet...

DMS: Leave it to Poisonshit to bitch and moan about something completely unnecessary. He takes everything too far. It drives me crazy. Of course, its Poisonshit, so I'm not at all suprised. If something DOES happen to me, however, I'll make sure Poisonshit burns before I go.

Normally, I don't know where to discuss the following topic, but is there an option to put this pet for adoption?

'Cuz it would be such a shame to throw this fine pet, especially his head....

He does have a beautiful head... I'll adopt him/her/it if it's allowed.

It's not likely he'll (LOGO) answer, so you can have him/her.

Before this page gets nuked, what we be doing with

Slice him up, eat him with ketchup.

I thought of making a giveaway of that statue, but that is brilliant. And in case this page does get deleted, then I'll inform Lat of this.

Or better yet, start it NOW!

Okay, for those who want this sssseckssssy statue, then just inform in the comments below. Those who informed will get a "ticket" and in it, 4 different alpha-numeral characters inscribed (ex. 9nd7) from RANDOM.ORG.

A day later, I will then "randomize" a ticket on my own multiple times until the one who's ticket gets all of the characters match first, will win! So think of this as "Bingo".

Do note that these character combos will NOT APPEAR TWICE. Good luck y'all! And don't disappoint me....

Originally posted in the AC.3 comments, but due to complications, it has moved here:
They will be ready for adoption in 5:12 (h:m) as of writing.

You may only choose EITHER, and not BOTH. Good luck!

Contest over. Tune in for more.[?]

Since my talk page is apparently not the place I can request things (wut), I'm going to ask right here if someone with enough time and will could make me some wooden furniture (bed, shelves, table, chairs, bookshelf)

Something else I wouldn't mind is something better as an avatar. Since my pixelart skills are lousy, I can't make one myself.

He said pixel art, you pillock. And FITH, what type of furniture are you looking for?? And in what "positions"? DMSwordsmaster Talk Contributions

^ That to Fire. As for pixel art, I think Jose was referring more to the fact that some users have pictures of their livingspaces that feature pixely furniture and that it may be optimal to just rip from them. Also, talk pages are generally used for incoming messages and ongoing conversations- if nobody's really expecting a message there, which we weren't, you won't get any traffic on your talk.

I will need chairs, a table, perhaps some wooden shelves and a bookshelf. Will do. I've made a bed so far.
While I'm at it I might as well ask someone to make me a fancy RPG graph-style image. Something human, black-haired with some red in it (not too much)?

Might I as well make some stuff for you?

Oh right, the furniture's seen from the side. As for ripping, I haven't found any pics yet. I'm sure someone had such a picture back at DB already. Maybe I'm not looking properly. Fire InThe Hole (talk) 07:36, May 25, 2014 (UTC) 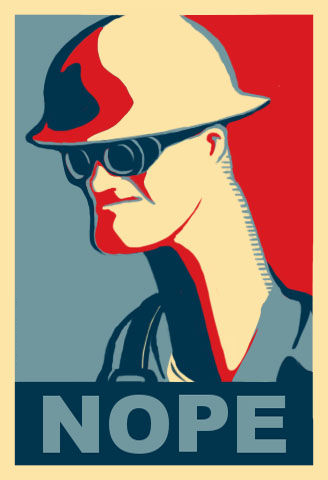 In any case, I'd suggest a new Psychic Cell that I could make the image for and give Jose the credits to, but it's entirely up to him what he'd like to do at this point.

I'd like to ask if Downwards and Delinius' character page could go onto mainspace, though the latter isn't as important. Downwards isn't as high-quality as all the canon things, but that's most likely because I wrote it all by myself. Why have it on mainspace? Because it would honour me and because it increases chances of someone suggesting and/or making improvements. There are a few other non-canon stories that are in mainspace and they are... well, you know, not amazing.

Could someone give me an answer?

I'm honestly not sure about the whole mainspace things. I'm not really one of the people in charge of this, but the theme of the mainspace stories that are considered 'non-canon' is that they are still somehow relative to the main stories, involving the main characters and being somewhat important edit-wise to the community itself. As for the stories that don't exactly fall under this, that's because they were made a while before the wiki became a lot more organized, and are likely to be moved off the mainspace. Sorry if the non-canon stories on mainspace are confusing as to what our intent with them are.

And we've also been not really trying to make new stories as of late, for a reason that I can't remember all the details of at the moment. At least I think we are, I don't really know how Ludushistory ended up being an exception to that. So yeah. With all that in mind, I guess it's unlikely that the story is going to be moved to mainspace. Though, if it would help you out, I guess that some more attention could be brought to it and all somehow. ♋ Mori Talk

I would be very happy if that happened. That way, it could be made canon-related and improved in terms of quality and style. I hope this entire idea of mine to 'latch' it onto the canon gets green light in some way.

Are image pages redirecting to other pages for anyone else?

Not that I have noticed. If it's happening to me I've been too not-awake to notice. That's weird, though.

(For me at least) it happened to be an image link in a comment redirecting to said comment. Also works for images in articles from the recent changes/activity if its first appearance was in a comment.

So are those image pages just plain inaccessible now?

Not unless you add ?redirect=no... OR using MonoBook, but chances and hopes are that it'll be fixed.

Works fine on my end </helpful>

It does it while I'm on my tablet. Haven't tested it with the computer. Maybe weird wikia shmit. DMSwordsmaster Talk Contributions

It doesn't on my phone as far as I can determine, but it does for me on any laptop. Could Wikia please cease to carpfish and fix this?

FBF does look like a decent abbreviation if we're rolling with it - unless Wikia Fandom decides to revert itself back to Wikia, considering the amount of salt and scepticism people seem to be venting on it.

Retrieved from "https://fanball.fandom.com/wiki/General_Chat_Room?oldid=143939"
Community content is available under CC-BY-SA unless otherwise noted.