The core gameplay of Stick Ranger is not changed in this mod; the player can drag their stickmen around with their mouse, and they will automatically attack enemies provided that they are on the ground and not being dragged. They must beat a large variety of stages by beating their boss screens.

The mod is a "wiped" mod, having replaced every single weapon as well as almost every stage with new content. However, although there are new compo items (most being from Ivan's Mod), the compos themselves have not been replaced. There are also some new options and other improvements added to the mod.

Here is a link to the patch file. You will need a copy of the most recent version of Stick Ranger in order to apply the patch.

Data in Stick Ranger: Cavern Chronicles is not automatically saved, so if you just leave the game and open it again, you will have lost your progress. However, it is possible to save using the Get-Set box, just like vanilla Stick Ranger. Press Get to get your code, save it somewhere, and when you want to load your data, insert the code in the Get-Set box and press Set. Your data will be re-loaded.

Although all of the "worlds" are on the same map, the map is separated in multiple "Worlds", each world ending with one Mega Boss and a couple of "Arena" stages. This separation is done for clarity and for ease of editing. At the moment, there are three Worlds implemented in the game. 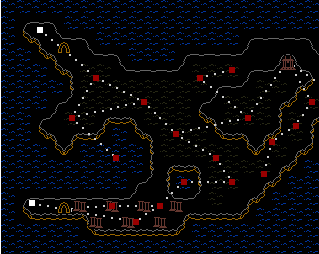 The first world of Stick Ranger: Cavern Chronicles was designed with a "Physical" theme in mind, and thus, most of the stages are the kind of stages you'd expect to see in a cavern with the possible exception of the Rocky Ruins series. There are 24 stages in total in World 1: 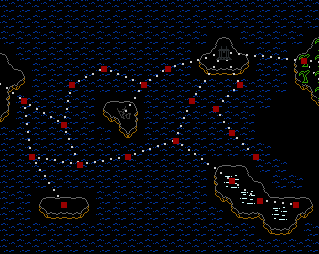 World 2 has more of an "Ice" or "Aquatic" theme in mind compared to World 1, similarly to how "World 2" of vanilla Stick Ranger mostly had aquatic stages. There are 22 stages in World 2: 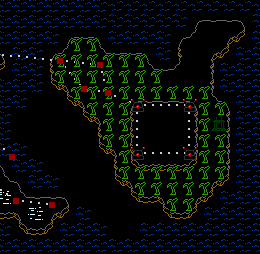 World 3 was designed with a "Poison" theme in mind, and thus most stages in this world have a link with poison or pollution. This is a huge contrast to vanilla Stick Ranger's Desert stages. World 3 features 27 stages:

World 4 is not made yet. Little is known about it besides that it will be based around the Thunder type. The stage order for it has been planned along with some of the new heads and species that will appear in it.

World 5 isn't made yet either. It will be themed around the Fire type, but nothing else about it is known.

World 6 is also not made. It will be themed around the Freeze type, but nothing else about it is known.

The mod introduces a couple of new species and variants on older species:

Feel free to add screenshots of Stick Ranger: Cavern Chronicles in this gallery.

The mod does not include music, much like vanilla Stick Ranger. This list of music suggestions has been made for players who want to know what kind of music plays in each stage.

Retrieved from "https://fanball.fandom.com/wiki/Stick_Ranger:_Cavern_Chronicles?oldid=156529"
Community content is available under CC-BY-SA unless otherwise noted.